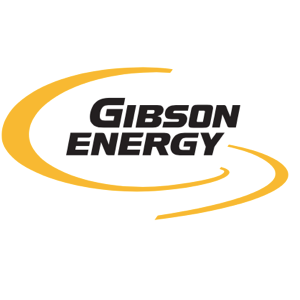 Gibson Energy is n oil focused infrastructure company in Canada. The company primarily engages in the storage, processing, and gathering of crude oil and refined products. It also provides a full suite of marketing services to producers.

The extent of Gibson Energy’s scale can be gauged from the fact that one in every four barrels produced in Western Canada is associated with the company. Its operations can be divided into three broad segments – infrastructure (5% of 2018 revenue), logistics (1%), and wholesale (94%). Though the wholesale business is Gibson’s largest segment by revenue, its infrastructure business accounts for nearly 60% of total profits.

Gibson Energy operates nearly 14 million barrels of storage and over 500 km of crude pipelines. The company’s operations are focused around its core assets which include Hardisty and Edmonton terminals, the Moose Jaw Facility and a large network of pipelines in the U.S. Strategically located assets and a large marketing network are Gibson’s key competitive advantages.

Gibson Energy’s Hardisty and Edmonton terminals comprise 10 million and 3.7 million barrels of storage capacity, respectively. The strategic location of these terminals near the key heavy crude oil hub in Canada and major refineries, grant it an added advantage. Gibson’s U.S. pipeline offers a platform for long-term growth in the U.S.

With a six-decade-long experience, Gibson has built a focused asset base capable of generating stable cash flows. Energy infrastructure is a very resource extensive business and Gibson invests large amounts of capital in capacity expansions and construction of new infrastructure from time to time in order to stay at the top of its game.

The Hardisty terminal is the largest independent storage facility and is undergoing a capacity expansion of 2.5 million barrels of storage to be added by the end of 2020. Gibson Energy is currently expanding the Pyote East Pipeline and has plans to expand the Pyote West Pipeline in the future. Its oil processing facility is also expected to enhance its throughput capacity by approximately 25%.

Over the years, Gibson Energy has successfully transformed itself into a more energy focused infrastructure company and has significantly increased its EBITDA from take-or-pay/ stable fees. The company is targeting 85% of its cash flows to come from infrastructure segment by 2020.

This reorganization has considerably reduced the company’s exposure to commodity price fluctuation and increased focus on its core infrastructure business which is critical to the oil and gas industry.

Gibson Energy has paid dividend consistently year on year. The company last raised its dividend by more than 3% and by 3.7% CAGR over the last five years. It has an attractive annual average dividend yield of 5.9% but a high payout ratio, currently. However, Gibson Energy is targeting payout of 70% to 80% over the long term and dividend to be fully covered by stable Infrastructure cash flows.

Given its long and rich experience in energy infrastructure, Gibson Energy has developed strong industry ties and is in a good position to access good locations and lucrative opportunities in the market. The strategic location of its terminals allows flexibility to its customers, which include supermajors, oil sands producers and refiners, to transport their products to end markets.

More than 80% of Gibson Energy’s earnings (EBITDA) is derived from stable, long term take-or-pay or fee-for-service contracts, and nearly 85% of it is secured from reliable companies. The company is estimating 75% of its 2020 earnings to come from its terminals and pipelines business and is investing significantly to further strengthen its core business.

Gibson Energy is a leading Canadian oil infrastructure company with extensive assets, connectivity advantage, and rich industry relationships. It will be almost impossible for anyone to replicate Gibson’s competitive position. A large scale also results in a significant cost advantage for the company. Gibson Energy competes directly with Inter Pipeline and Pembina Pipeline, which are leading energy infrastructure companies in Canada. AltaGas, Encana Corp. and Keyera Corp. are other major Canadian energy companies. However, Gibson Energy is in a good position to leverage its competitive position and secure new businesses as well as service its customers.

Gibson Energy is favorably placed to drive significant value and grow dividends by investing into quality infrastructure through long-term contracts with investment grade counterparties. Future projects are expected to drive attractive long-term growth per share and increasing demand for oil will also act as a strong tailwind for the company.

Gibson Energy is targeting to generate 85% of cash flows from its safe infrastructure business by 2020 and is directing all its capital expenditure towards fortifying its core terminal and pipeline business. Stable flow of funds will support Gibson’s dividend growth in the future.

A last word, Gibson Energy’s pivot into infrastructure is sound but investors are skeptical by keeping the stock down. While the pivot away from commodity prices is a good strategy, Gibson Energy now has to compete with other big companies and that’s another challenge the company will need to face.

A company’s pivot is one of my Key Indicator for selling a stock and I would not own GEI today. Regardless of what the numbers say, this is about the business and it’s in a transition.

DISCLOSURE: Please note that I may have a position in one or many of the holdings listed. For a complete list of my holdings, please see my Dividend Portfolio.

DISCLAIMER: Please note that this blog post represents my opinion and not an advice/recommendation. I am not a financial adviser, I am not qualified to give financial advice. Before you buy any stocks/funds consult with a qualified financial planner. Make your investment decisions at your own risk – see my full disclaimer for more details.

Please confirm deletion. There is no undo!